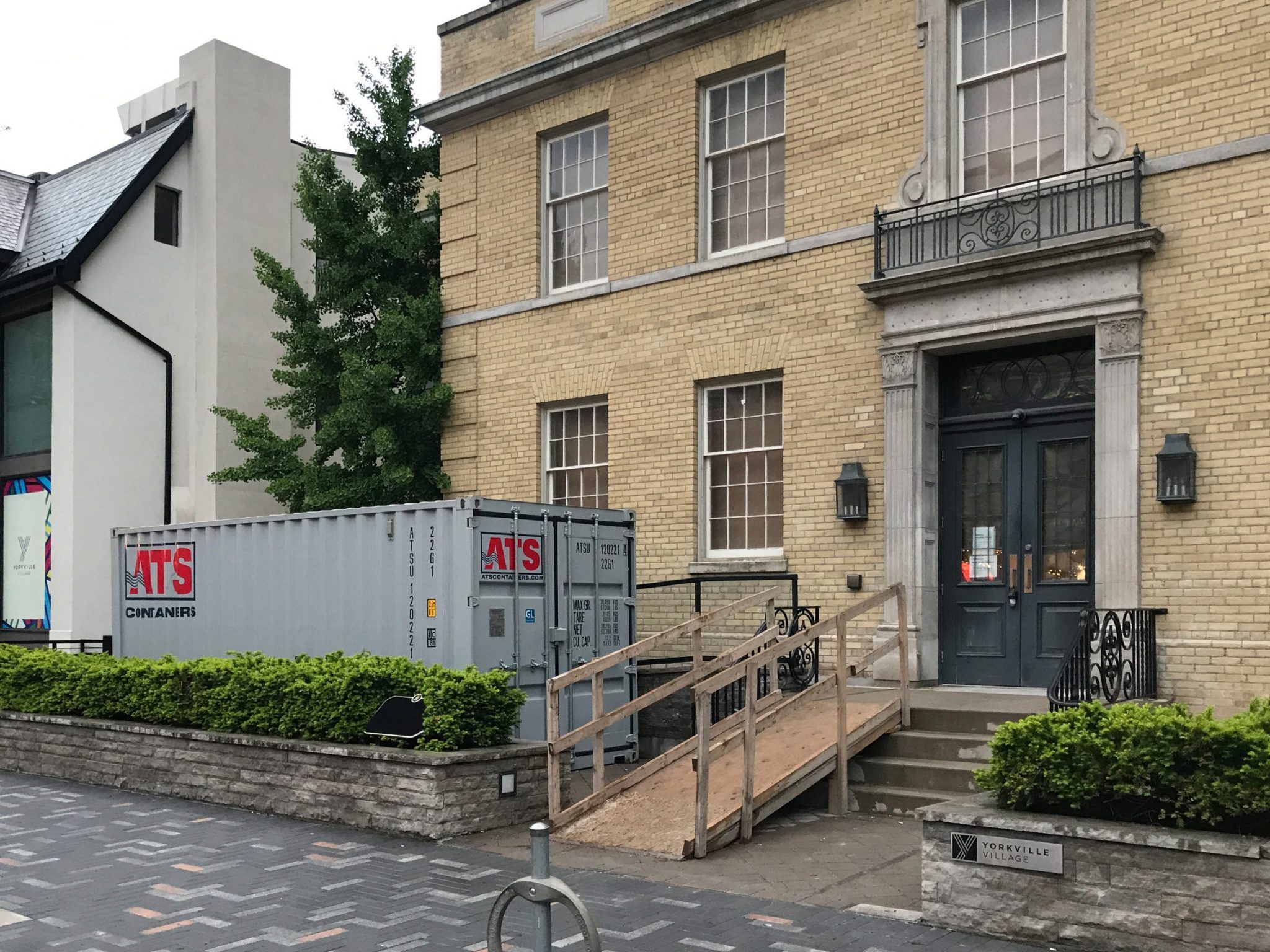 Some interesting experiences involving our shipping containers in Montreal

Over the years, our containers have been included in movie sets, within art installations, inside spas and throughout a number of large-scale events. Most recently though, we were part of a Lamborghini Montreal watch party during the Formula 1 weekend at the Montreal Grand Prix.

While there is a ton of marketing value being part of these events and having our logo displayed on our product, we also look at it as bragging rights – simply being able to say that we were there, during some note-worthy event. Before someone mentions it, yes, we are writing this blog article just to brag about various events we’ve been part of over the years.

2022 Montreal Grand Prix weekend: During the return of the Formula 1 Grand prix to Montreal, many car clubs and enthusiast associations wanted to be involved and celebrate the event. Lamborghini Montreal, for example, hosted a watch party at their location. With our containers on their premises for storage purposes, someone snapped a couple of pictures of them being present during the watch party. And let’s not forget a couple of years back, during a different GP event, our containers were used to display Mercedes.

The Bota Bota Spa: This spa is a staple to many Montreal-area residents and visitors alike, so if you’ve been there, you have likely passed by, or been inside one of our containers. When the spa was being constructed, we were contacted to supply a number of containers to be used as their outdoor facilities. Our containers have indeed, contributed to many people’s relaxing experience at this spa.

The construction and renovation of Pont Champlain: While the memes about Montreal construction season continue circulating, we will look past the length of time and annoyances related to it. What we do want to highlight however, is that the contractors involved in the project used ATS containers for storage and mobile office applications. This is not a rare occurrence either, as our containers are popular among construction teams across the country.

Cameras, lights, action! Yes, our containers have also made it onto the big Hollywood screen. While our containers may have not physically made it to Hollywood, they have certainly been part of a number of locally-filmed movies and TV shows. A few popular examples include X-Men, Day 6 and a few TV shows as well. Hopefully we can soon win an Oscar as well.

Not just movies, but also gaming. Aside from being part of movie sets, a few years ago we were contracted by PlayStation to build a highly customized booth to promote the release of one of their new consoles. This was a particularly exciting build because we had almost entirely cut out all sides of a 10ft container, installed a custom ground platform and powered up the container to allow people to try out the new console.

The above examples are far from an exhaustive list, but they are note worthy. If you guys are interested in more details about our builds, please let us know so we can write a follow up to this blog post and possibly go into more details about the actual container builds. Until then, we hope to participate in more projects in which containers are customized in new and never-before-seen ways.