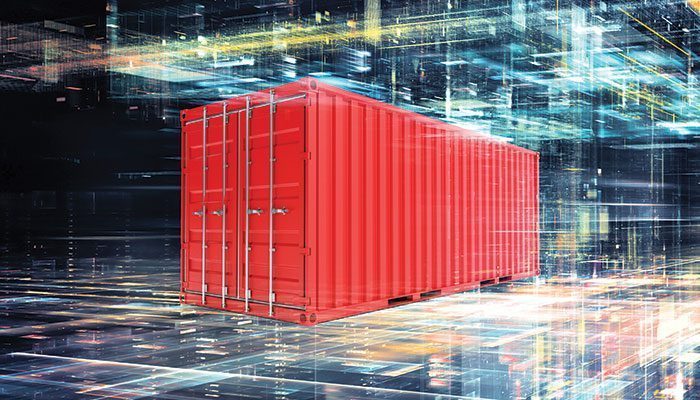 The shipping industry is unlike the smart-tech industry, meaning that we don’t expect to see breakthrough innovations and design changes every year. We’ve actually mentioned in previous blog posts how the design and features associated with shipping containers have remained more or less constant throughout the decades, since they were first introduced. This is expected given the complexity of the global supply chain and ensuring the flow of goods seamlessly from different types of vessels, throughout the world. That’s not to say that nothing ever has been changed, but it begs the question of what opportunities there might be that have been unexplored. In this blog post, we will take a look at some realistic, and some less realistic technological advancements we’d like to see in the shipping industry.

App Integration. In the case of refrigerated containers, we think it would be cool to have an app that allows us to control the functions of the reefer unit. It would be even cooler to have the option to synchronize settings and functions across an entire fleet of refrigerated shipping containers with a few simple taps from a smartphone. The app can act as a hub for controlling both standard and premium functions of a container, including centralized locking and location tracking. We think this could be beneficial for owners who oversee a large fleet of containers or a logistics facility.

Security Features. When we introduced our fleet of new refrigerated containers, we equipped them with a very useful safety feature: a panic button installed on the inside of the container that can be seen and heard from outside. We would like to further upgrade this feature to send a phone and / or app notification to those in charge of managing the fleet of containers. Having the extra app notification would expedite help being sent out when needed. Another security feature we would like to see introduced in the container market is an electronic lock with keypad. This option would fully remove externally installed locks and thus, remove the danger of having locks cut by bolt cutters.

Ease of Access. One of the most common challenges we noticed in the industry is a difficulty in opening the OEM container barn doors, especially on used shipping container units. We addressed this issue by installing a longer door handle that gives users more leverage. Although this has proven very effective, what futuristic possibilities might we be missing? Automatic doors are by no means a new concept, but it would be neat to see the mechanism implemented containers. A key, an app or even a fingerprint could be used to validate usage within the system and then the voila, the doors magically open with no physical effort from those using them.

Ease of Transportation. While Tesla has been perfecting their self-driving technology, that doesn’t mean that software and that technology can’t be used in shipping and storage container logistics. In a truly futuristic world, it’s reasonable to imagine that big rigs become redundant. Instead of having a container be pulled by another vehicle, why not have the container drive itself to its destinations? An electric power train can be installed on the bottom of the container, including wheels and tires. A battery pack can be stored within the floor and the hardware and software for the self-driving feature would also not take up a significant amount of space. If anybody sees a container driving around by itself anytime soon though, please talk to a specialist.
We understand that most of the ideas we mentioned above are a bit out there and would certainly be costly to implement, but technology becomes cheaper over time and it would be cool to see some form of adaptation of the suggestions we made. Even if these are not widely applicable across industries or if they’re produced in limited availability, we would welcome some new ideas and innovation.